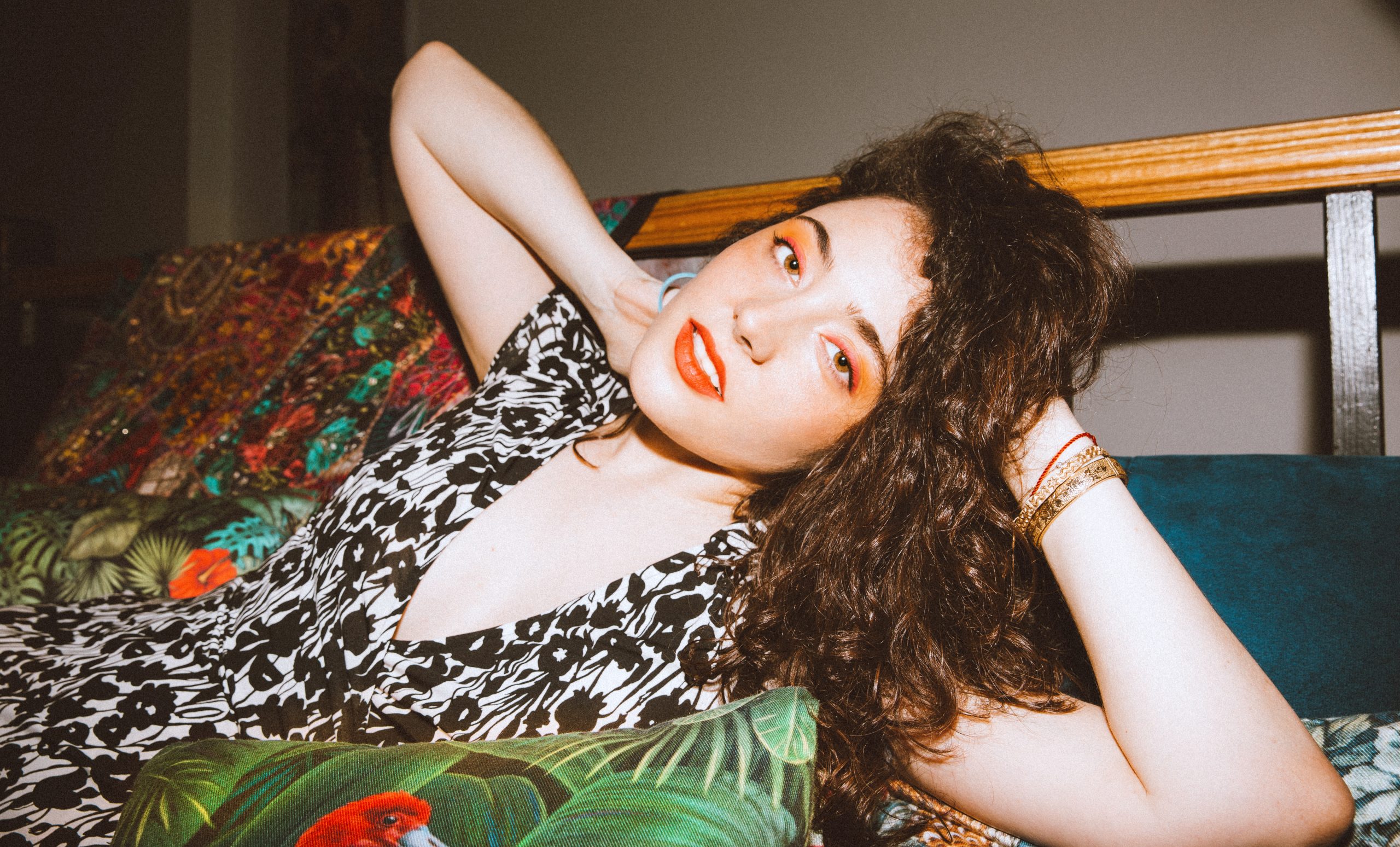 Nicknamed the Gypsy-jazz Warbler by the New York Times, Tatiana Eva-Marie is a transatlantic bandleader, singer, author, and actress based in Brooklyn. Best known for her work with the Avalon Jazz Band – and accruing over 70 million views on YouTube, – she was acclaimed as a millennial shaking up the jazz scene by magazine Vanity Fair. She performs regularly in New York at various clubs (Dizzy’s Club, Lincoln Center, Symphony Space, Birdland, Joe’s Pub…), across the USA and around the world.

Though her interests have led her to explore a wide range of musical styles, from 1930s pop to modern jazz, Tatiana Eva-Marie’s singing is always inspired by her own French and Balkan heritage; a love for the Parisian art scene era spanning the 1920s to the 60s; a passion for Gypsy music; a fascination for New Orleans music; and a deep connection to the Great American Songbook. Through the lens of this musical kaleidoscope, she explores the music of Django Reinhardt, Sidney Bechet, Cole Porter, and other composers who were at the origins of French jazz, adding her own original arrangements and lyrics to the mix.

Born into a family of musicians, painters, and poets, Tatiana began her career at age four, immersed in the world of show business. Before her twenties, she had already recorded many albums, established herself as an actress on the Paris stage, written and directed two musicals, while pursuing a Master’s Degree in medieval studies at the Sorbonne University. Completely dedicated to an interdisciplinary approach to artistic creation, she developed a fascination for the Renaissance Man archetype and aspired to model her understanding of the world after the likes of Boris Vian, Henry Miller, Hildegard Von Bingen, Blaise Cendras, Romain Gary… she began to travel the world collaborating with artists of various spheres. She soon chose New York as her home base, where she quickly built up a reputation as a singer, and started the Avalon Jazz Band, which became overnight the number one reference for French swing around the world. With her musicians, she performed on the most important American stages – Lincoln Center, Birdland, New Orleans jazz Festival… – and became the international ambassador of “1930s Paris”.

In the past few years, incapable of abandoning herself to a pandemic-induced lethargy, Tatiana released four albums, starred as guest singer in various projects, wrote the libretto of an opera by Swiss composer Gérard Massini, and started an online arts and culture publication – Shrine Magazine. She has recently been preparing the imminent release in cinemas of Gérome Barry’s first feature film Swing Rendez-Vous, loosely based on her New York lifestyle – her first role as a leading lady onscreen!

Tatiana’s latest project Djangology is a reinvention of the music composed by Parisian guitarist Django Reinhardt – the father of Gypsy jazz – through the addition of her own original lyrics and arrangements. An album and several tours are in the works!