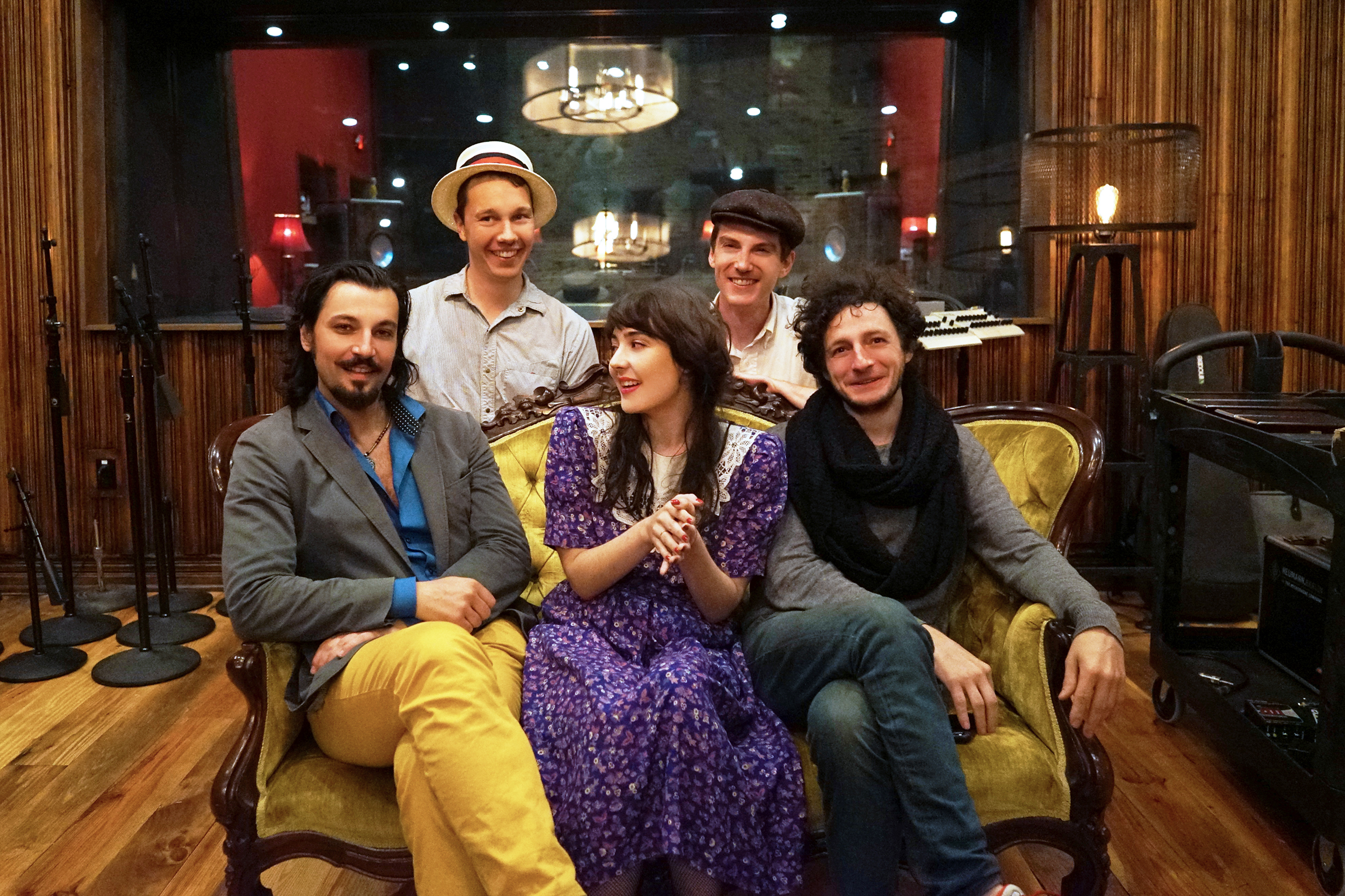 While we were in New Orleans for the inauguration of the Louisiane, a brand new river boat sailing up and down the Mississippi, we decided to record an impromptu live CD at the gorgeous Parlor Studio, one of the most breathtaking recording studios in the United States, founded by musician and engineer Matt Grondin. This was the perfect occasion to launch my latest project “Tatiana and her Bushwick Boys” a band inspired by the music of the 1920s and early 30s and the repertoire of performers such as Lee Morse, Annette Hanshaw, Cliff Edwards, Baby Rose Marie, Louis Prima and Fats Waller, to name a few. This was my first trip to New Orleans and I was completely swept off my feet, the urge to record was too great to resist and even though it wasn’t planned and it was all just thrown together, we just had to do it. This recording is a scruffy, candid and spontaneous tribute to the South and its songs, including tunes such as “New Orleans” by Hoagy Carmichael and more obscure gems such as “Lazy Louisiana Moon” and “That’s where the South begins”. I am excited to be releasing it this summer! It will feature Garrett Manley on guitar, Adrien Chevalier on violin, Julian Smith on bass and Arnt Arntzen on banjo and guitar. I am honored to have a very special guest, native New Orleanian (and one of my dearest friends) Sasha Masakowski join me for a song.